Erika Jayne was spotted looking stylish while enjoying a night out with friends at a restaurant in Santa Monica, CA, just a few weeks after filing for divorce from her husband of almost 21 years, Tom Girardi.

It looks like Erika Jayne, 49, is happily embracing the single life now that she officially filed for divorce from her husband Tom Girardi, 81, on Nov. 3. The Real Housewives of Beverly Hills star was seen going to dinner with friends at the Italian restaurant, Fia, in Santa Monica, CA on Nov. 19 in her first outing since news of her split from Tom made headlines. She was dressed to impress in a brown and black Fendi jacket that’s being sold for $12,200.00 on the popular brand’s website along with a black fitted knee-length skirt and black knee-high boots. 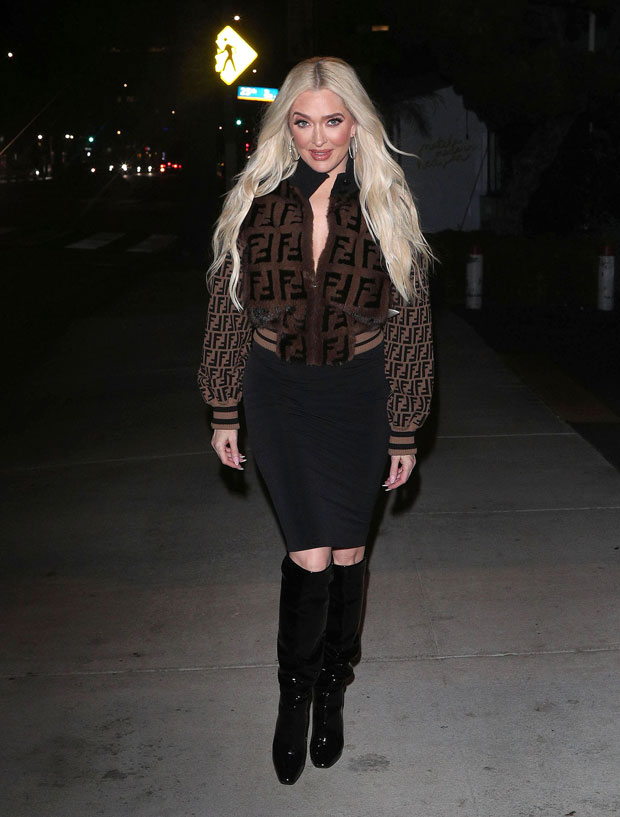 Erika Jayne looking stylish in her first public outing since her split from husband Tom Girardi made headlines. (MEGA)

The gorgeous reality star also had her long blonde wavy locks down and parted in the middle during the outing and accessorized with silver hoop earrings. She smiled to nearby photographers as she walked with confidence and looked content and relaxed. She also showed off a flattering makeup look that included pink lipstick and matching eyeshadow.

Erika’s outing comes after she released a statement when announcing her split from Tom earlier this month. “After much consideration, I have decided to end my marriage to Tom Girardi,” she said in the statement to E! News. “This is not a step taken lightly or easily. I have great love and respect for Tom and for our years and the lives we built together.” 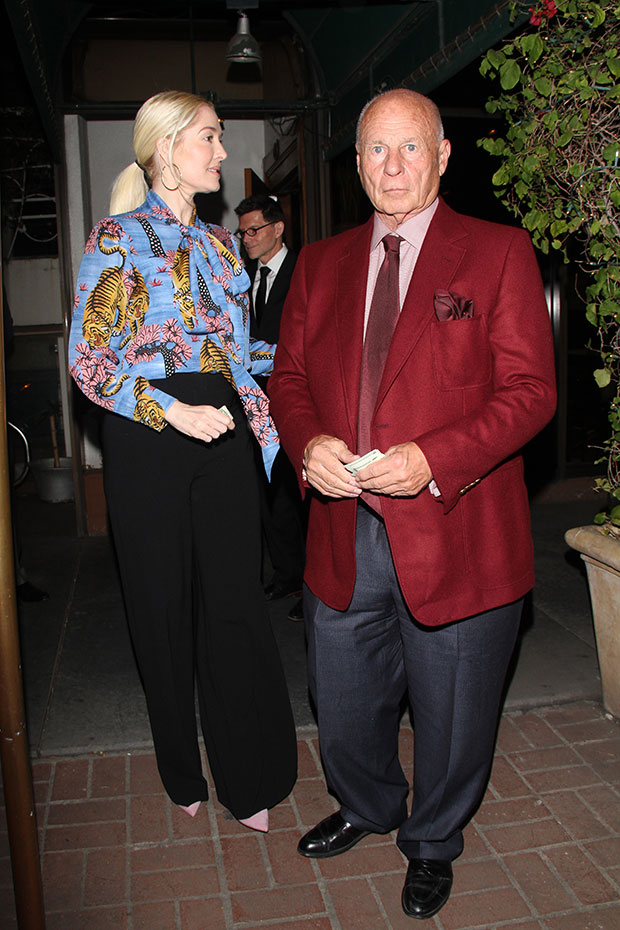 Erika Jayne and Tom Girardi during a previous outing. (Backgrid)

“It is my absolute wish to proceed through this process with respect and with the privacy that both Tom and I deserved,” she continued while adding, “I request others give us that privacy as well.”

Erika and Tom first met each other back in 1999 at Chasen’s in West Hollywood, where she was serving cocktails at the time. After they hit it off, they became engaged six months later and although they have received criticism over the years due to their 33-year age gap, Erika has defended her love for her now ex in interviews and on RHOBH. “The younger women that marries the wealthier, older man. I’m tired of having to justify my 20-year marriage. Go get a 20-year marriage and then come f—king talk to me,” she said in a RHOBH confessional in Apr.

Before Tom, Erika was married to Thomas Zizzo, with whom she shares 26-year-old son Tommy Zizzo.