Mark Wahlberg ditched his boxer bod to put on pounds for his leading role in ‘Father Stu,’ a biopic about a fighter-turned-priest. The actor debuted his three-week weight gain transformation on Instagram.

Mark Wahlberg, 49, debuted his boxer to priest body transformation for his latest movie role in side-by-side photos on May 3. In the left photo, we see Mark packing a chiseled six-pack while flexing in a pair of Everlast boxing shorts. The photo on the right, though, showed a much different image after the actor gained 20 pounds: Mark laying in bed with a relaxed tum.

The weight gain transformation happened in just a matter of weeks. “From this 3 weeks ago, to this, now,” Mark captioned the Instagram photos, and credited these results to the “cooking” of private chef and actor Lawrence Duran. 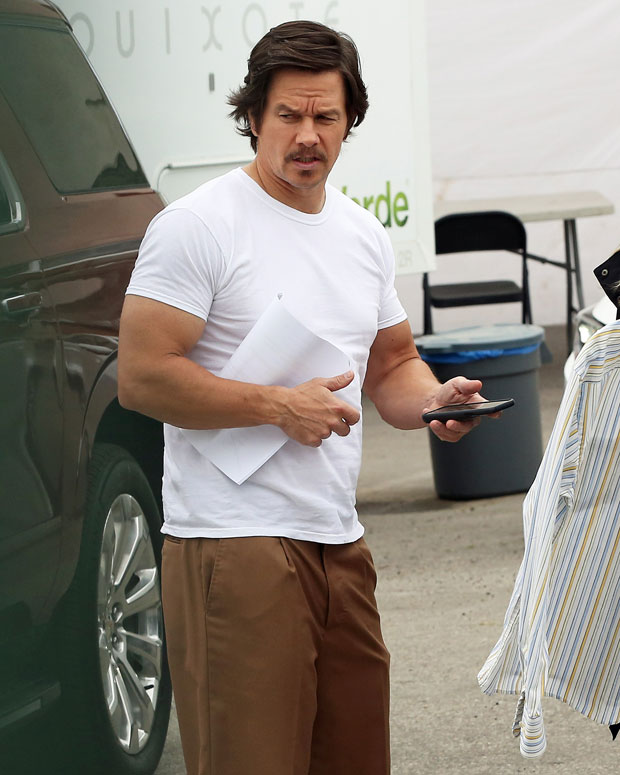 Mark Wahlberg is pictured on the set of Father Stu on April 23, 2021. [MEGA]Mark is not done gaining weight yet, either. The Ted star revealed that he was “up about 20” pounds and was planning on “going up another 20” in a separate Instagram post shared on May 1. “Yes it’s for a role,” Mark clarified, referring to his starring role in the upcoming movie Father Stu, which is a biopic about the famous boxer and actor Father Stuart Long who, after leaving behind his career in fighting because of injuries, eventually found a calling in priesthood. Father Stu passed away in 2014.

Mark Wahlberg also showed off his recent weight gain in the video above, shared on May 1, 2021. [Instagram/@markwahlberg]

Mel Gibson is playing Mark’s dad in the movie, which is being directed by David O. Russell. Mark and David actually worked together on another boxing-related movie, The Fighter, which came out in 2010.

Unlike most movie roles, filming for Father Stu required Mark to get shredded first, and THEN gain weight. “After we do the boxing scenes, I get to put on as much weight as possible over the course of the film, so I’m challenging myself to put on 30 pounds in the next six weeks,” Mark explained during an appearance on Jimmy Kimmel Live! that aired on April 8. 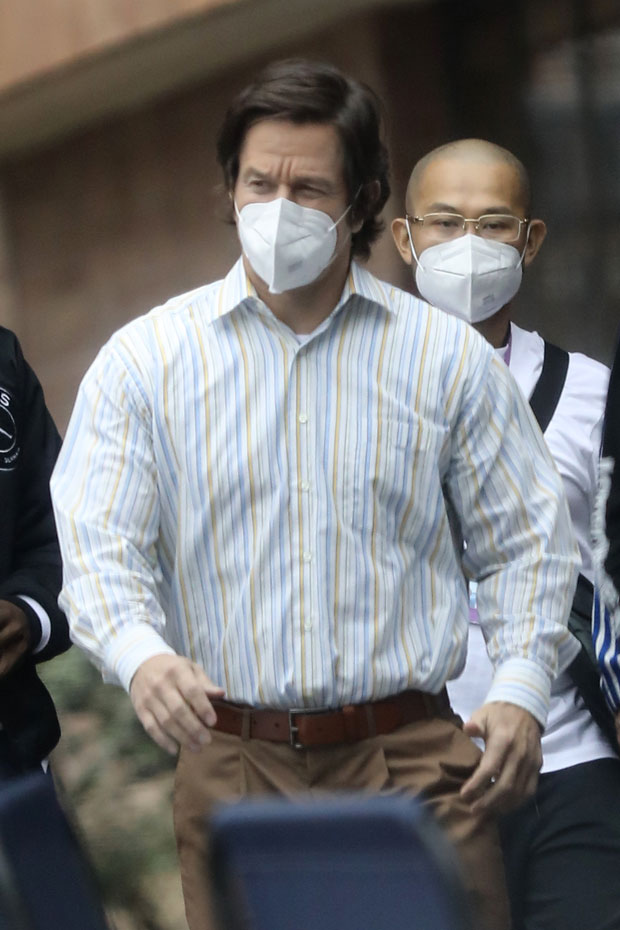 Another photo of Mark Wahlberg on the set of Father Stu on April 23, 2021. [MEGA]Mark revealed that production wanted him to be “as healthy as possible” about this weight gain process, but the actor had different methods in mind. “I want to go bakeries. I want to go to Denny’s. I want to get pancakes. I want to get everything I can possibly get my hands on,” Mark gushed during the interview. To lose his abs, Mark was hoping to start with a “20-piece chicken nugget and 20-piece hot wings from Kentucky Fried Chicken” meal “with a six-pack of beer,” he told the late night show host. “I might need a porta-potty too, but you know what, I’m ready to go.”