Michael B. Jordan Is Joining OnlyFans And Donating The Proceeds Towards A Barber School

One of the biggest come ups this year has been OnlyFans. Everyone and their mamas have created accounts, and now the Sexiest Man Alive, Michael B. Jordan, is up next. The actor recently appeared on a recent episode of the Jimmy Kimmel Show last week and casually talked about why he was joining the platform. It seems Michael is actually joining for a good cause.

Michael, crowned the ‘Sexiest Man Alive’ last week by @people, sat down with Jimmy Kimmel to talk about the prestigious title. The conversation leads to Jimmy bringing up his mustache. Michael admits that he never had time to sit in one place and grow his facial hair without being groomed or manicured for press or a character.

He revealed that he was able to grow it out during quarantine to see how much hair he can grow. Michael even gave his mustache a nickname. He’s calling his facial hair ‘Murphy’ or ‘Murph’ for short. After he explained, he then joking said, ”I got a OnlyFans coming soon.” Jimmy Kimmel responded by saying, “Ohh, an OnlyFans account.” Michael responded, saying, “I’m going to be to be eating fruit, all types of crazy stuff, it’s going to get wild.”

Jimmy told Michael, “You could probably make $250,000 a year if your mustache had an OnlyFans account.” Michael advised Jimmy that all the proceeds he makes are going towards a barber school because, during the quarantine, there have been so many businesses and schools that shut down. He said, “My barber Joe and the whole team, we’ve been plotting on that, so we’re going to work the system.”

There isn’t a release date just yet, but Roomies, I’m sure that you’ll be keeping an eye out. 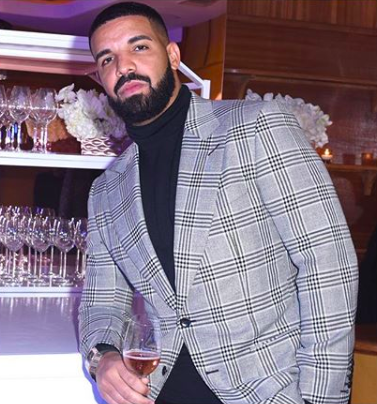