Tori Spelling took to Instagram to share a cute video of her and her 12-year-old daughter Stella having fun as they rocked the same bikini in different colors.

Tori Spelling, 47, showed off her figure during a family outing in Palm Springs, CA and appeared to be having a blast. The actress wore a red bikini that had one strap during the thrilling vacation and had her blonde locks in two braids as she was photographed walking alongside her husband Dean McDermott, 54, and their five kids, Liam, 14, Stella, 12, Hattie, 9, Finn, 8, and Beau, 4. They were all hanging out by the pool at the Westin Mission Hills resort in Rancho Mirage and appeared to have a great time while soaking up the sun.

Tori took to Instagram on Apr. 11 to share a funny video of her and her daughter Stella sharing an entertaining moment. In the clip, the doting mom walks up to her mini-me, who was in a pink swimsuit, and talks about how they’re “twinning” because they’re wearing matching bikinis. Stella then gives a mortified look to the camera and pretends to scream before Tori then looks around and runs.

“You’re wonderful,” one of Tori’s followers responded to the cheeky video. “That’s awesome,” a second wrote while a third called the clip “hilarious.” Many more shared laughing emojis. 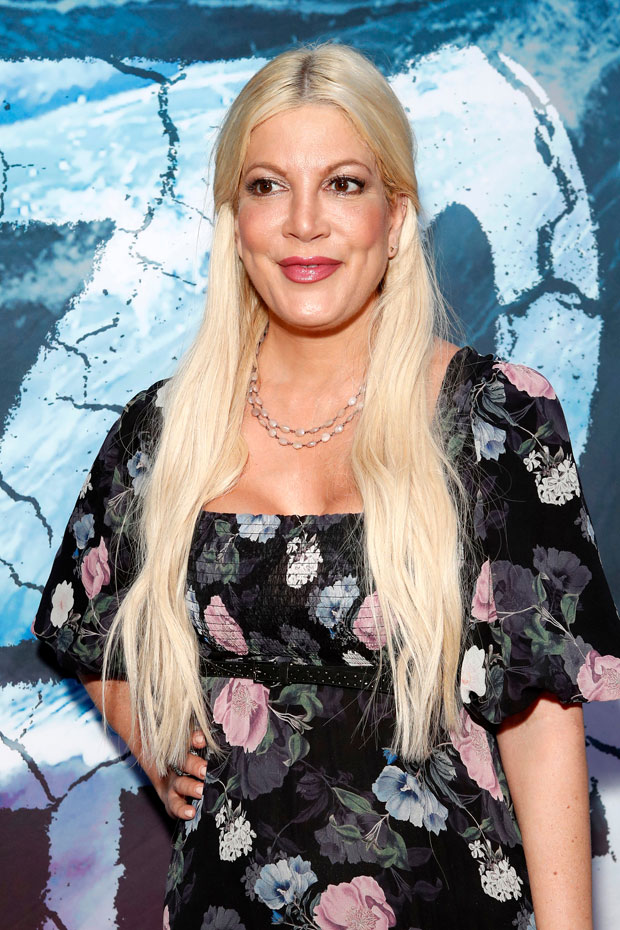 Before Tori’s latest vacation and video, she got attention for joking that she was pregnant with her sixth child on April Fool’s Day. After posting a photo of herself holding her stomach with the caption, “No. 6”, she later revealed she wasn’t pregnant and even though she received backlash for the joke, she admitted she did it because she wanted to “turn tables” on the press, who “create wild and hurtful stories” about her and her body.

“Every week press and magazine outlets ask if I’m pregnant. To set the record straight, I am not. The fact is, after my fifth baby, my body didn’t bounce back like it had before. That’s when the constant questions of ‘yet another’ pregnancy first began,” she wrote in an Instagram message. “Unless you’re in the public eye, it’s hard to understand what it feels like to be body shamed so publicly.”

“My post was simply to turn the tables on for once on the press. They constantly create wild and often hurtful stories about me, my body and my family,” she continued. “For those of you that are hurt, I hear you. I love you. I welcome your stories and I will try my best to be there and support you. Please accept this as a virtual hug to my entire community.”