What America can learn from the fall of the Roman republic

If you were a Roman citizen around, say, 200 BC, you probably would have assumed Rome was going to last forever.

At the time, Rome was the greatest republic in human history, and its institutions had proven resilient through invasions and all kinds of disasters. But the foundations of Rome started to weaken less than a century later, and by 27 BC the republic had collapsed entirely.

The story of Rome’s fall is both complicated and relatively straightforward: The state became too big and chaotic; the influence of money and private interests corrupted public institutions; and social and economic inequalities became so large that citizens lost faith in the system altogether and gradually fell into the arms of tyrants and demagogues.

If all of that sounds familiar, well, that’s because the parallels to our current political moment are striking. Edward Watts, a historian at the University of California San Diego, published a 2018 book titled Mortal Republic that carefully lays out what went wrong in ancient Rome — and how the lessons of its decline might help save fledgling republics like the United States today.

I spoke to Watts about those lessons and why he thinks the American republic, along with several others, are in danger of going the way of ancient Rome. This conversation took place in January 2019, long before the coronavirus pandemic or the recent social unrest following George Floyd’s murder, but the broader questions he raised remain as relevant today as they were when we initially spoke.

A lightly edited transcript of our conversation follows.

Why write a book about Rome’s decline now?

When I started teaching Roman history, the main questions from students were always about comparing the end of the Roman empire with the state of the American empire, and this was usually tied to the Iraq War.

In the past 10 years, those sorts of questions have died down. Now students are interested in Rome as a republic, and whether the American republic is collapsing in the same way. They see lots of parallels there, especially in how the two systems are structured.

Tell me about some of those parallels, the ones you think are most relevant.

But the representatives are making the choices — and people have noticed that that works fine until those representatives either stop making principled decisions or become paralyzed by the vicissitudes of popular opinion.

They could’ve recognized what their system was designed to do, which was produce compromise and consensus. Ultimately, it’s better to make no decision than to make a bad decision. What the Romans failed to appreciate was that their processes were slow and deliberative for very good reasons: that’s how representative systems avoid disaster, how you get people to the table to work out compromises.

For 300 years, this system worked quite well in Rome, but for the past century or so of its existence these tools of deliberation were used not to facilitate compromise but to obstruct and punish political enemies and basically prevent anything from happening. That destroyed the goodwill within the system and really poisoned it in the minds of the voters.

Shortly after Donald Trump’s election, I wrote about Plato’s warning about the decline of democracy. Basically, he believed that democracies fall into tyranny when too much freedom leads to disorder and citizens choose the stability of autocracy over the chaos of democracy.

This is what happened in Rome. Do you believe the same thing is happening right now?

I think that we’re in the early stages of a process that could lead to that. The point at which Romans were willing to make that trade occurred after almost 150 years of political dysfunction, but it also occurred after a generation of really brutal civil war.

But as people’s needs were not being addressed for decades, the tensions heightened to the point where violence started breaking out. And once violence starts to break out, it’s very difficult for a republic to regain control of itself.

It’s easy to see how the US and other established republics could be in the beginning states of a similar process. I don’t think we’re there quite yet, but there are reasons for genuine concern. 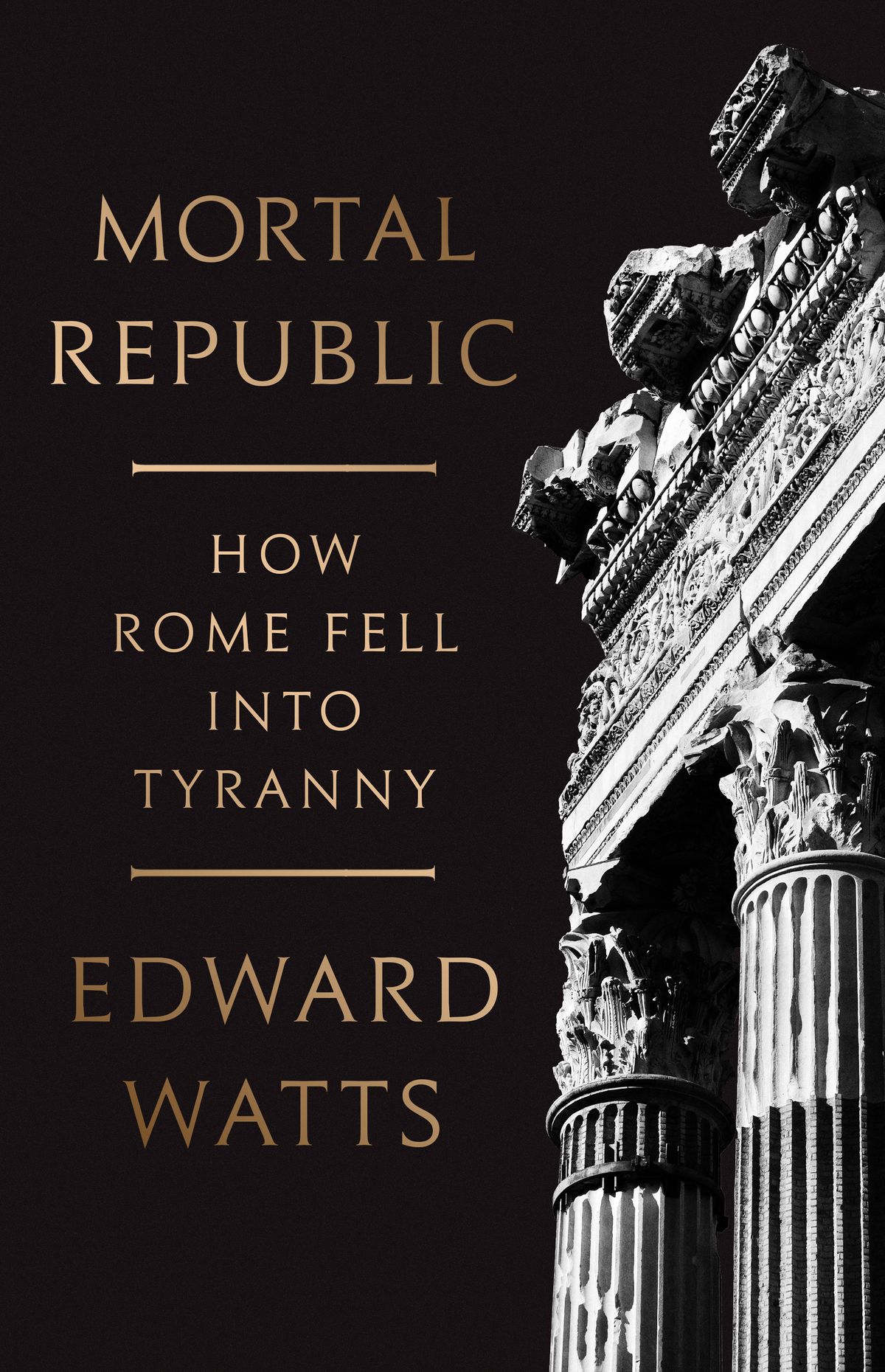 The inequality problem is maybe the most striking for me. What you saw in Rome, and what you see quite clearly today, is the wealthy undermining the very system that made them wealthy, and a total failure to see how ruinous that is in the long term.

Yeah, it’s a real problem today, and it was a real problem in Rome. There’s a pivotal period in Rome, around the middle part of the 2nd century BC, in which there’s an economic revolution that displaces a lot of people who had belonged to a hereditary aristocracy and moves them off the top economic rungs of the state.

At the same time, it’s creating economic conditions that prompt people in the middle to basically become very frustrated that their economic prospects are not increasing either. And what ends up happening is the people who win from this economic revolution try to preserve their gains through just about any means they can, and that includes gross political obstructionism, the rigging of elections, and a total unwillingness to compromise.

This kickstarts a death spiral that ultimately undoes the Roman system from within — and we’d do well to learn from it. Because the story of Rome shows that once you reach that breaking point, that point of no return, you cannot unwind the clock.

Why couldn’t the Roman system respond to these disastrous trends quickly enough? What short-circuited in their process?

There are signs that the system was trying to respond to this new economic reality between 140 and 130 BC. There are efforts to reform the electoral process so that it’s harder to buy votes and rig elections. But the reforms only go halfway because they’re undermined by entrenched interests, and so the decline just continues apace.

You spend a lot of time mapping the decline of norms and political customs in Rome. Was this the result of Roman politicians elevating their own self-interest over the good of the republic, or was it something deeper happening in the culture?

I think the erosion of norms really starts when Roman politicians convince themselves that their personal ambitions and the good of the republic are one and the same. In other words, they started acting in their own self-interest but deluded themselves into thinking that it was really for the betterment of Rome.

Representative democracies are designed to cool down the passions of a pure democracy and find representatives who can think more long-term and craft policies that solve problems in ways that also have broad support.

The thing that worries me the most is the loss of faith in public institutions, something that occurred in Rome and in many ways signaled the beginning of the end. It’s hard to look at the American political landscape and not see something similar afoot.

I think that’s definitely a way to read the political moment in the United States right now, where people who need things from the system and from the government are not getting them, whether it’s healthcare or job training or economic opportunities or infrastructure. You see this in the late Roman republic too — it simply got too big and lacked the infrastructure to support its population.

What the Roman story shows is that in a republic that’s old, where people have a lot of faith in that republican system, people like Donald Trump pop up every generation or so when things reach a tipping point. You have these cycles where the system reboots, and people are shocked by what happened, and they step back and allow things to fall back into some sort of normal rhythm before they get frustrated again.

And I think this is the cycle that is perhaps most scary. If the decline of a republic is something that doesn’t take five years, but instead takes 50 years, or 70 years, or 120 years, Trump is likely not the last of these kinds of figures.

The title of your book is a reminder that all political systems are finite and will, eventually, die. Rome lasted centuries before it ultimately imploded. How worried are you about the trajectory of the American republic?

I’m extremely worried. But I still believe our decline is reversible. I trust that enough people recognize that it’s better to have a dysfunctional republic than to have nothing at all. And in Rome, you do have these moments of retrenchment, where people step back and say this is quite bad, this is too much, we have to pull back.

But it’s up to Americans, just like it was up to voters in Rome, to defend our institutions and to punish people who are misusing the tools that are supposed to make it strong to instead undermine it. No one else will do it on their behalf.

This article was originally published on January 1, 2019. 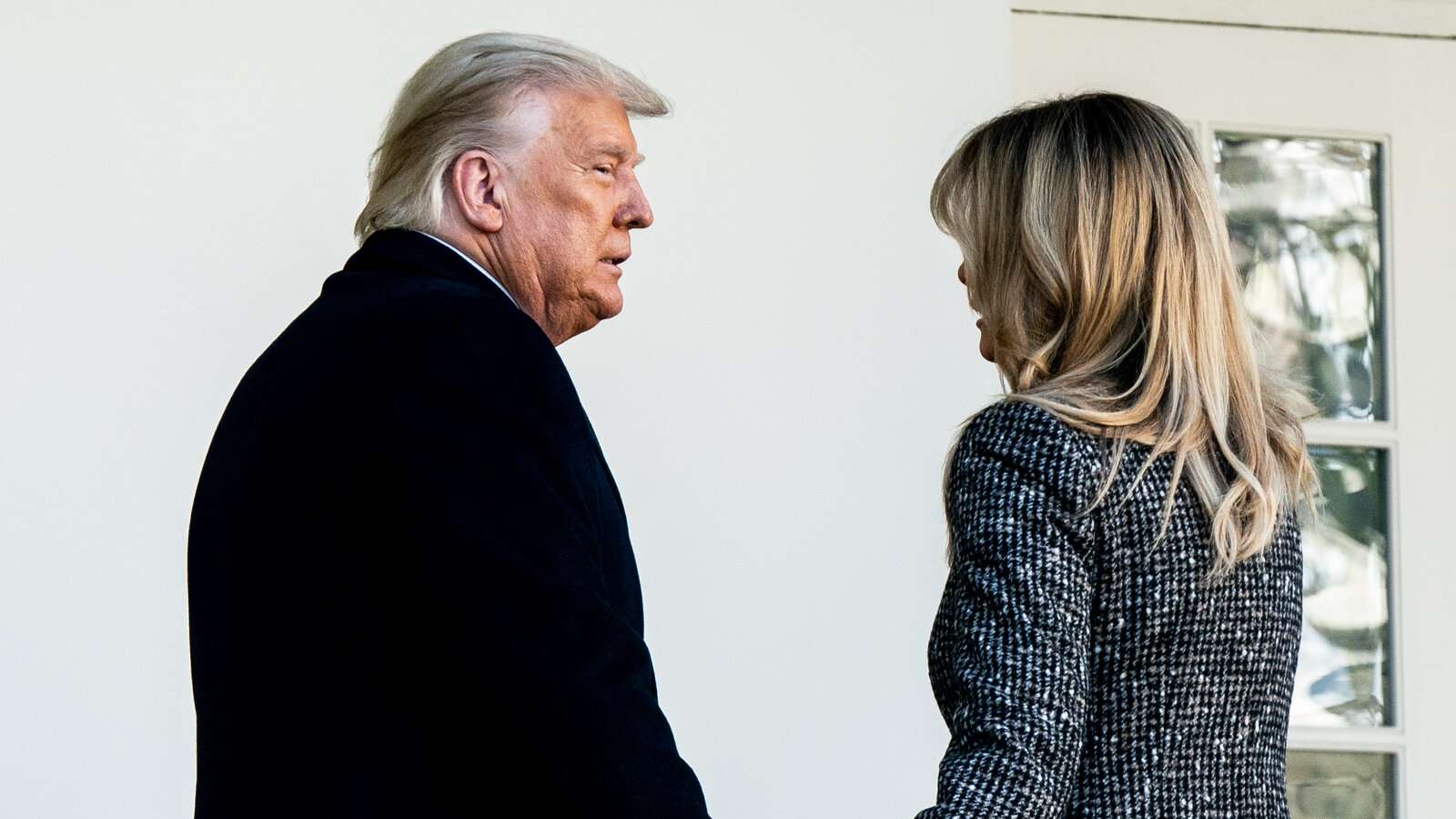 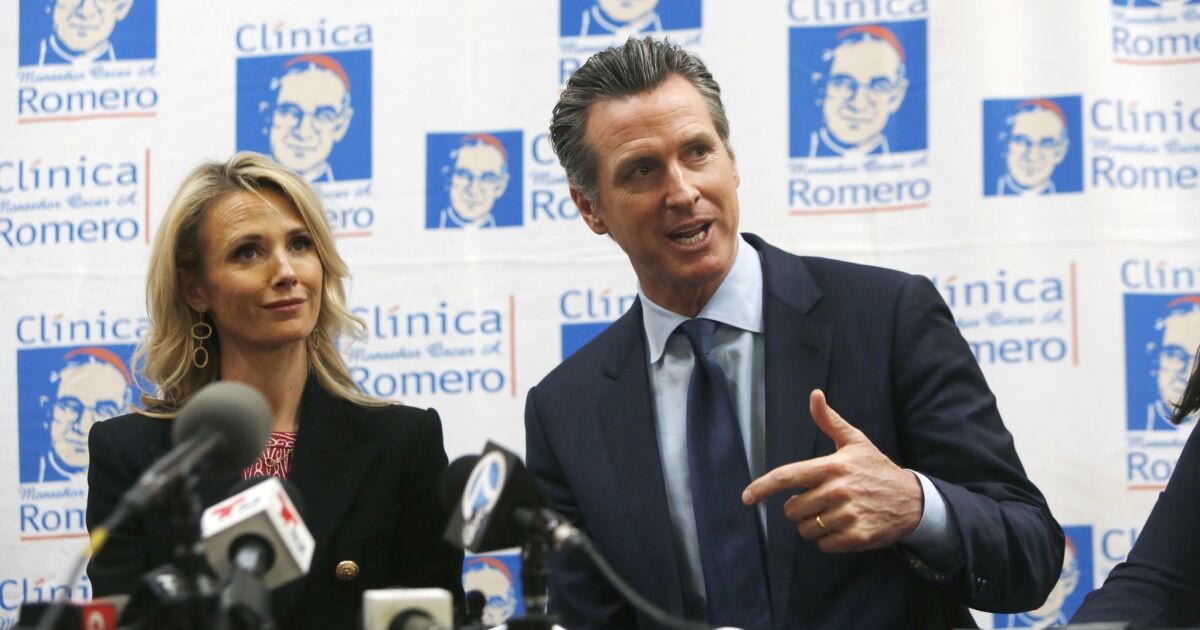 Gov. Gavin Newsom says he should have skipped outdoor dinner with other households as COVID-19 cases soar 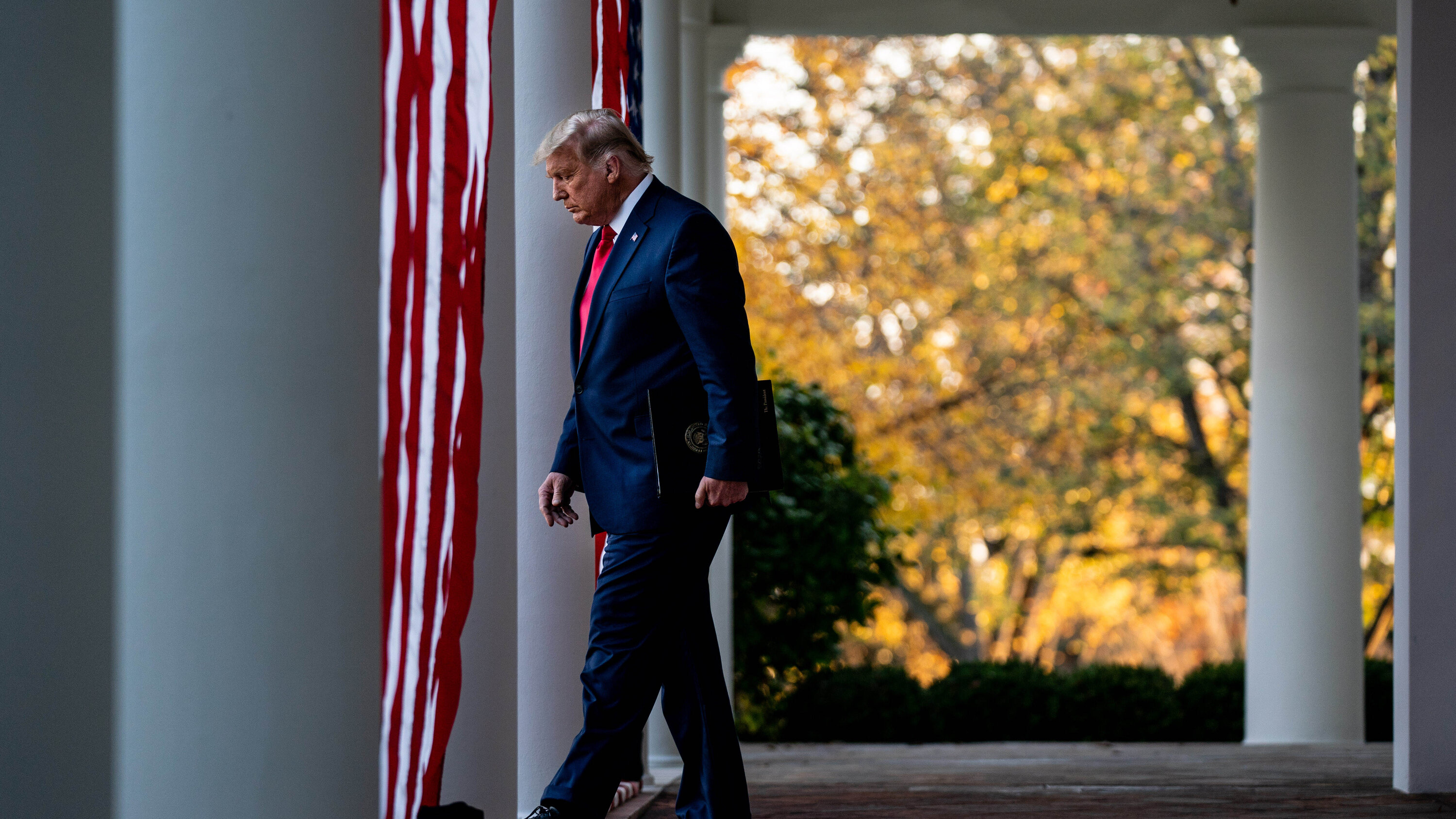